About Us: Board of Directors

Chairman of the board, independent board member ​

Moore has been a board member of Allarity Therapeutics since 2018. Previously he served as chairman of Oncology Venture Sweden AB (publ), since 2015. Moore is a partner in the company East West Capital Partners and has previously worked as Global Head of Healthcare Research at Morgan Stanley. Duncan has over twenty years’ experience in capital markets analysis within health care. 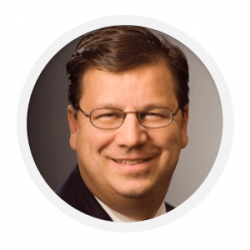 Steve is CEO and a Director of Allarity Therapeutics A/S since September 2019 and joined the Board of Directors in October 2019. He brings more than 30 years of commercial industry experience focused in oncology from several leading multinational pharmaceutical biotech companies. Steve has served in CEO positions in both privately owned and Nasdaq listed biotech-companies, all with a late stage oncology focus in which he has led financing, commercialization and re-structuring activities.

Earlier in his career, Steve served as the Senior Vice President and President, Commercial Operations (North America) for Mallinckrodt Pharmaceuticals leading the company listing on NYSE. In addition, he previously held senior leadership positions at General Electric, Johnson & Johnson, Eli Lilly & Company and Bristol Myers Squibb. In addition to his executive experience, Steve currently serves on the Board of Directors of Sunesis Pharmaceuticals and Bionumerik Pharmaceuticals. He previously served on the Board of Directors for Apexian Pharmaceuticals, Cornerstone Pharmaceuticals and PCAsso Diagnostics, LLC, and was Co-Chair of the BioNJ Personalized Medicine & Diagnostics Committee Council (CMOC), the Ontario Institute of Cancer Research Commercial Committee (OICR) and the Pharmaceutical Industry Board of the American Pediatric Family Foundation.

Søren is a current Member of the European Parliament and was former Minister of Defense in Denmark. He current serves on the Board of TecLeaf ApS, CSR Invest ApS, and the Fulton Foundation. He is also Protektor for the Danish Colon Cancer Association. He holds an MSc degree in Economics. Søren joined the board in 2020.

Gail is currently CEO of Antiva Biosciences, Inc., and a Board member at Valitor, Inc., the BIO Emerging Companies governing group, and the U.C. Berkeley Foundation Board of Trustees. Earlier in her career, Gail was CEO at Five Prime Therapeutics, Inc., President of Genzyme Molecular Oncology, and a Manager at Bain & Company. Gail joined the board in 2020.

Sign up for press releases and receive relevant information about Allarity Therapeutics A/S.