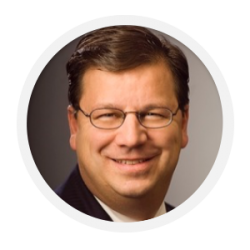 Steve has served as CEO and a Director of Allarity Therapeutics since September 2019. He brings more than 30 years of commercial industry experience focused in oncology from several leading multinational pharmaceutical biotech companies. Steve has served in CEO positions in both privately owned and Nasdaq-listed biotech companies, all with a late stage oncology focus in which he has led financing, commercialization, and re-structuring activities.

Earlier in his career, Steve served as the Senior Vice President and President, Commercial Operations (North America) for Mallinckrodt Pharmaceuticals leading the company listing on NYSE. In addition, he previously held senior leadership positions at General Electric, Johnson & Johnson, Eli Lilly & Company, and Bristol Myers Squibb. In addition to his executive experience, Steve currently serves on the Board of Directors of Sunesis Pharmaceuticals and Bionumerik Pharmaceuticals. He previously served on the Board of Directors for Apexian Pharmaceuticals, Cornerstone Pharmaceuticals, and PCAsso Diagnostics, LLC, and was co-chair of the BioNJ Personalized Medicine & Diagnostics Committee Council (CMOC), the Ontario Institute of Cancer Research Commercial Committee (OICR) and the Pharmaceutical Industry Board of the American Pediatric Family Foundation.

Jens has over 30 years of experience leading financial organizations from previous positions as a Vice President of Finance and Controller in numerous public and private companies, including in the life sciences sector.

He received his Bachelor degree in Economic and Business from the Copenhagen Business School, is a Certified Public Accountant (CPA) and holds a Master degree in Business Administration. 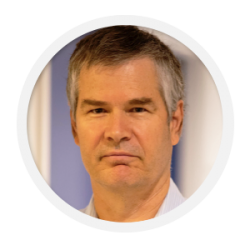 Steen is a co-founder of Oncology Venture A/S (now Allarity Therapeutics) and the inventor of DRP®, the Drug Response Prediction Platform which is Allarity’s core technology and science platform. Knudsen is a Professor of Systems Biology with extensive expertise in mathematics, bioinformatics, biotechnology, and systems biology. He co-founded the company in 2004. 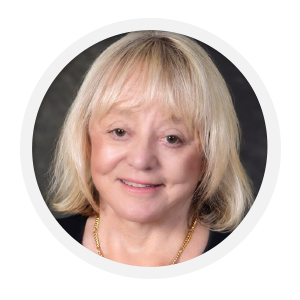 Marie brings thirty years of experience in the pharmaceutical and biotechnology industries to our senior management team and has a strong track record leading successful clinical development of therapeutics, including regulatory and medical affairs. She joined the company in 2017.

She leads clinical development of our current precision medicine oncology pipeline, including our lead assets stenoparib, dovitinib, and Ixempra®.

She previously led the successful development and regulatory approval of more than 10 novel drug products in the U.S. and U.K., within oncology, endocrinology and cardiology. Marie has fluency in regulatory interactions with the FDA and EMEA, including INDs, NDAs, IDEs (for predictive biomarkers and/or companion diagnostics), and product issues.

She also manages interactions with the oncology key opinion leaders that sit on our Scientific Advisory Board. 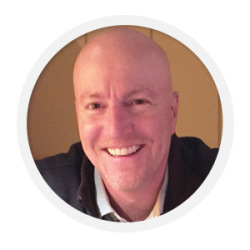 James is an experienced biotechnology executive and has been part of our senior team since 2014. He brings 20+ years of diverse experience in life sciences organizational management, business development & licensing, intellectual property & technology transfer/commercialization, partnership creation/management, and strategic planning as a member of executive teams.

During his tenure with Allarity, James has been responsible for the identification and acquisition of most of our lead clinical oncology assets, including big pharma therapeutics dovitinib (from Novartis) and stenoparib (from Eisai). He leads the company’s business development discussions as well as  clinical program out-licensing and partnership negotiations, both in the U.S. and worldwide.

James has previously designed and negotiated a broad span of life science deals, has founded and led several early-stage biotech companies, and is a catalyst for businesses taking the next step in the fields of precision medicine and predictive/companion diagnostics, novel drug targets, proteomics and genomics, and clinical-stage cancer therapeutic development.

He holds a B.S. degree in Biochemistry, a JD degree specializing in patent & I.P. law, and has registered patent attorney status. 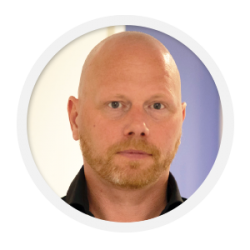 Thomas Jensen is pioneering the bridging of good science, effective laboratory techniques, and bioinformatics to advance the understanding of the biology of cancer. He founded and leads Allarity’s laboratories in Denmark and in the USA. Alongside nurturing our global laboratories, he is instrumental in building our investor relations operations, securing operational financing, and fostering the business growth of Allarity Therapeutics.

Amongst Thomas’ accolades are his inventions of molecular biological guidelines combined with techniques for high quality reproducible RNA extraction and downstream processing. This allows for high resolution analysis of cancer patients’ biopsies. His inventions are an important foundation of the DRP® -Drug Response Prediction platform. Thomas Jensen co-founded Allarity Therapeutics A/S in 2004.

At Allarity Therapeutics, we are defining a bright future for patients in a new paradigm of precision cancer treatments. Our mission is to bring clarity to personalized oncology medicines, marrying innovative therapies and superior companion diagnostics, to help fully realize the promise of personalized cancer care.